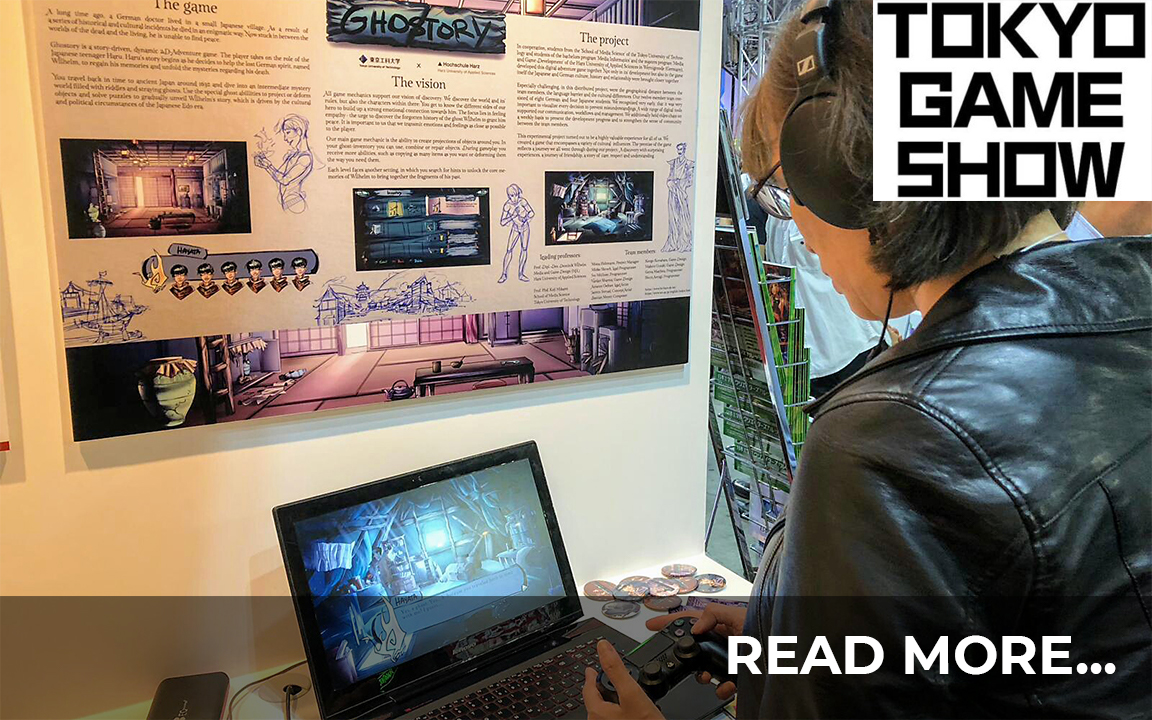 After working together with the students from the Tokyo University of Technology for two semesters at our game Ghostory, the big finale happened in late summer 2018: Ghostory got presented to the public with the latest playable demo at the booth of our partner University at the Tokyo Game Show!
But not only that. While members of the japanese half of our team had to supervise other games the booth as well, we were given the opportunity to travel to Japan and represent the game and our University ourselfs.

At the Tokyo Game Show we got more valuable feedback from new players from a completely different region and got the chance to discuss video games and game design with other students from the TUT as we played their games presented next to our own.

During our visit in Tokyo and other regions of Japan, we also got in contact with members of the association of the german video game industry “Game” with whom we visited the headquartes of Square Enix, were part of a meeting at the bavarian embassy and of another one at the German Embassy in Tokyo, where we also held a presentation about our game development for members of the german politics, industry and japanese video game industry. 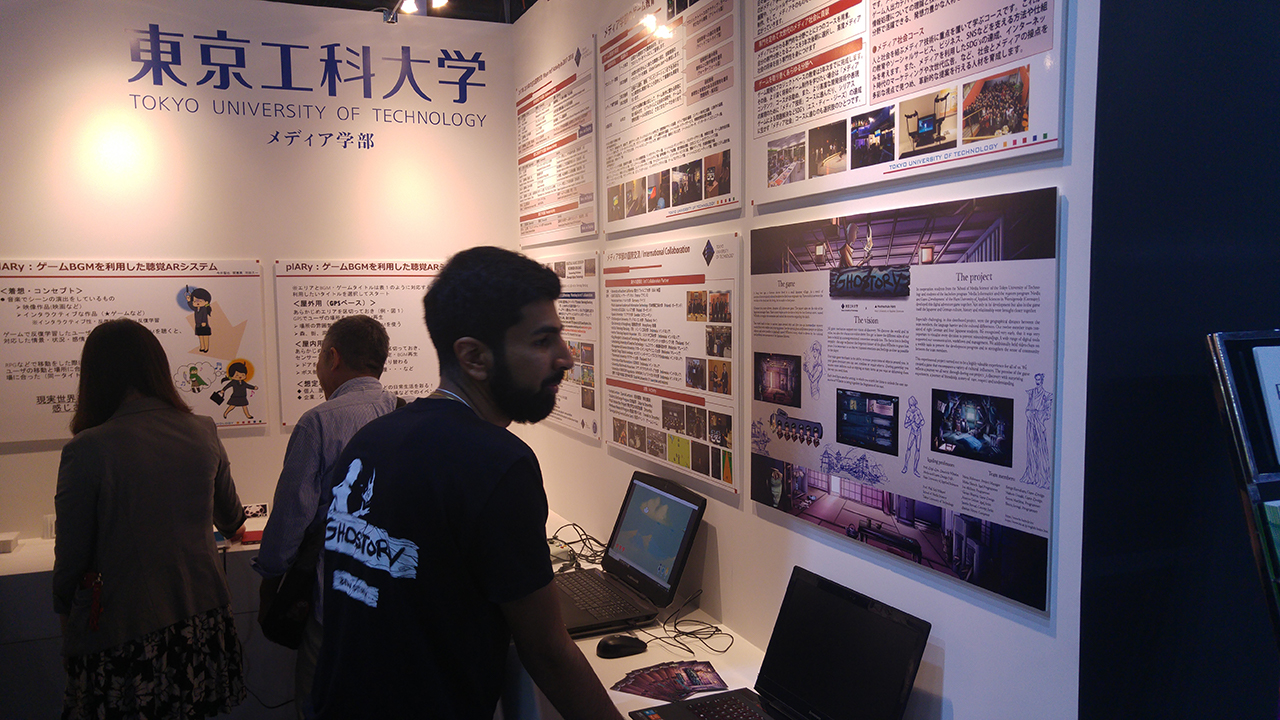 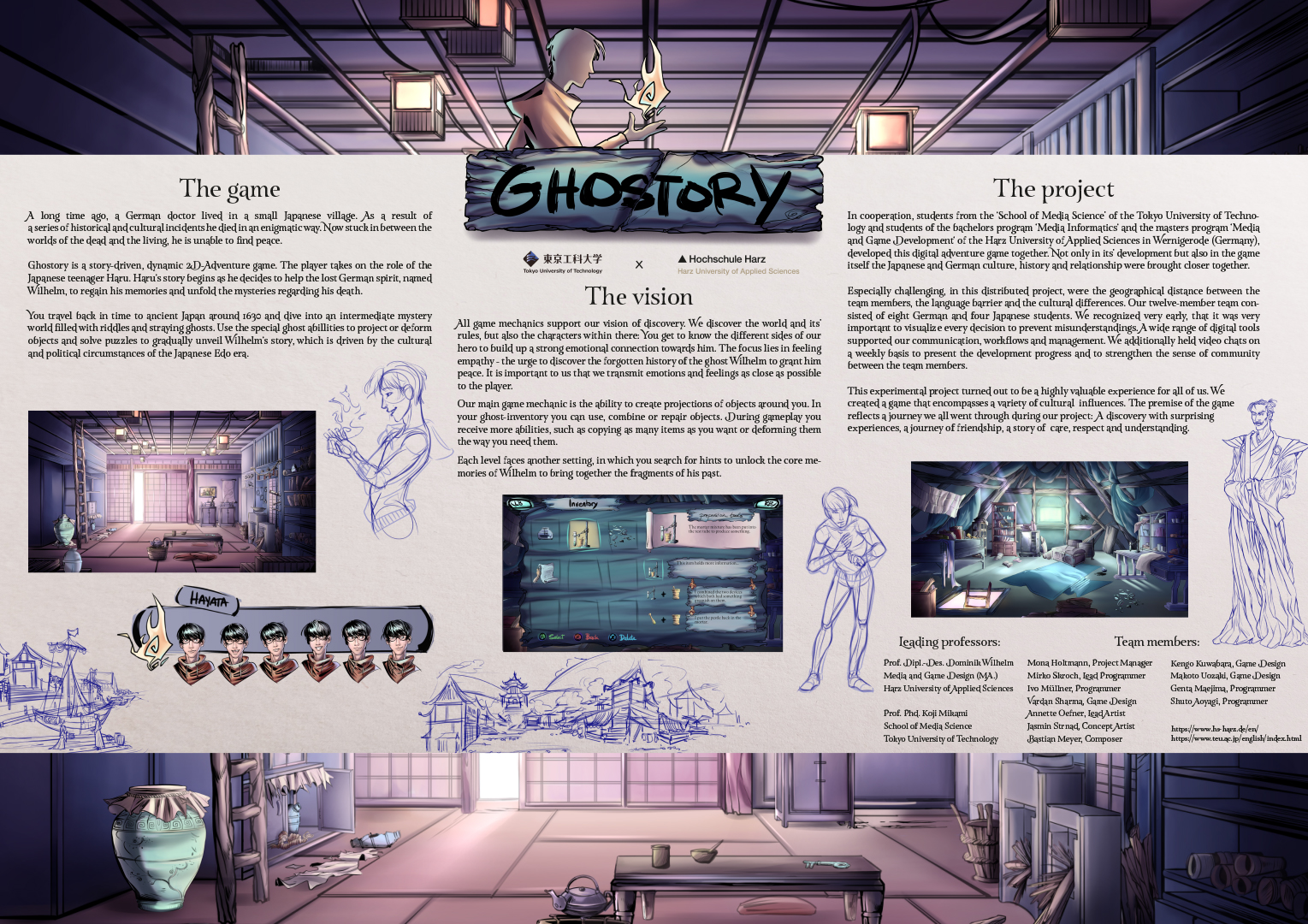 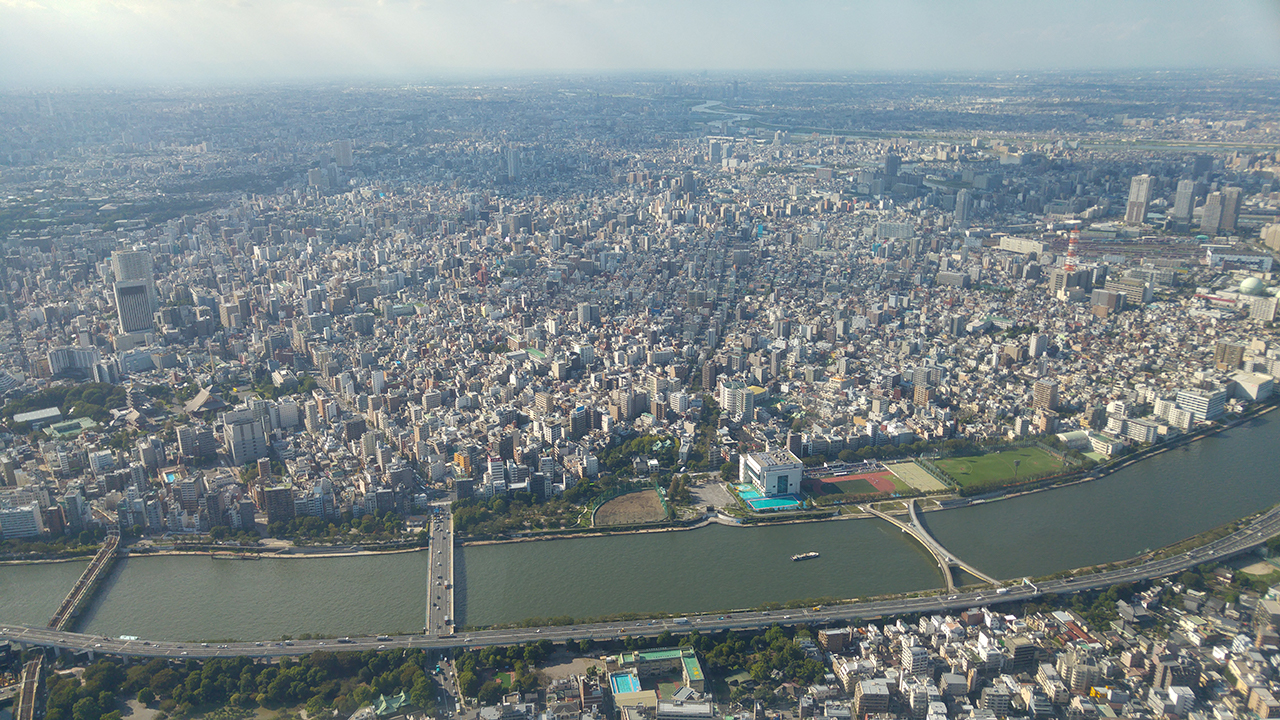 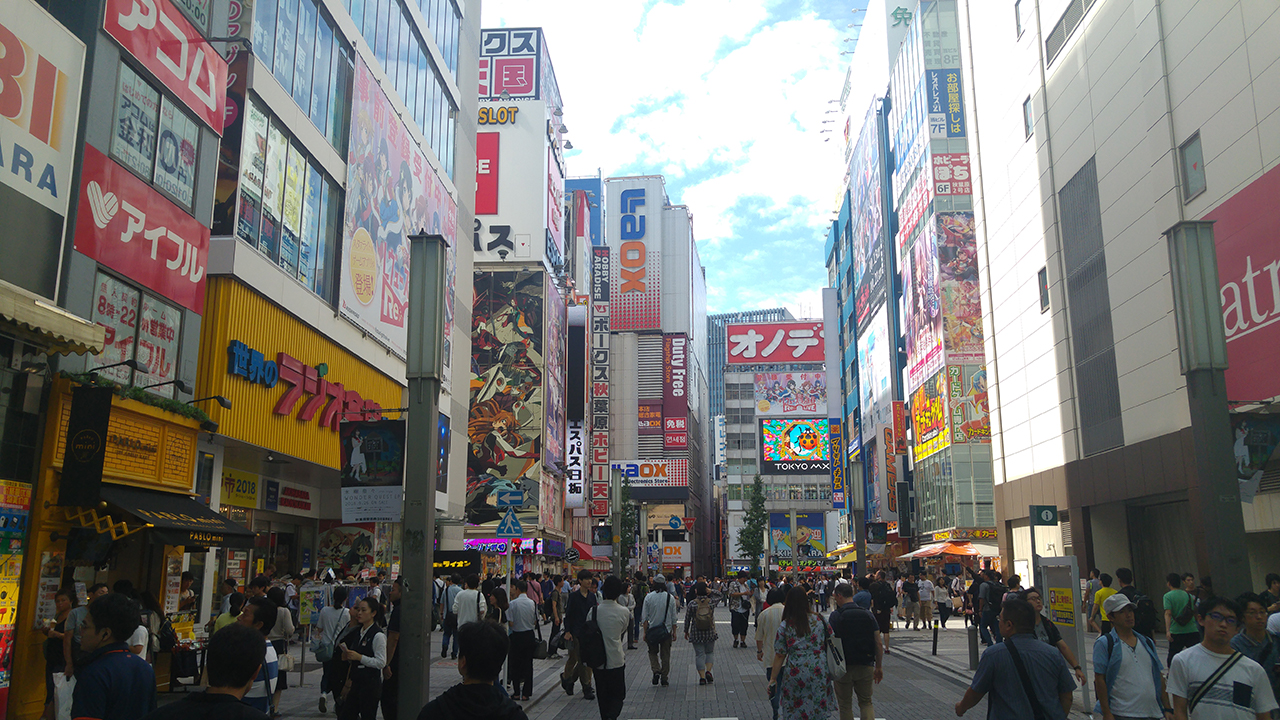 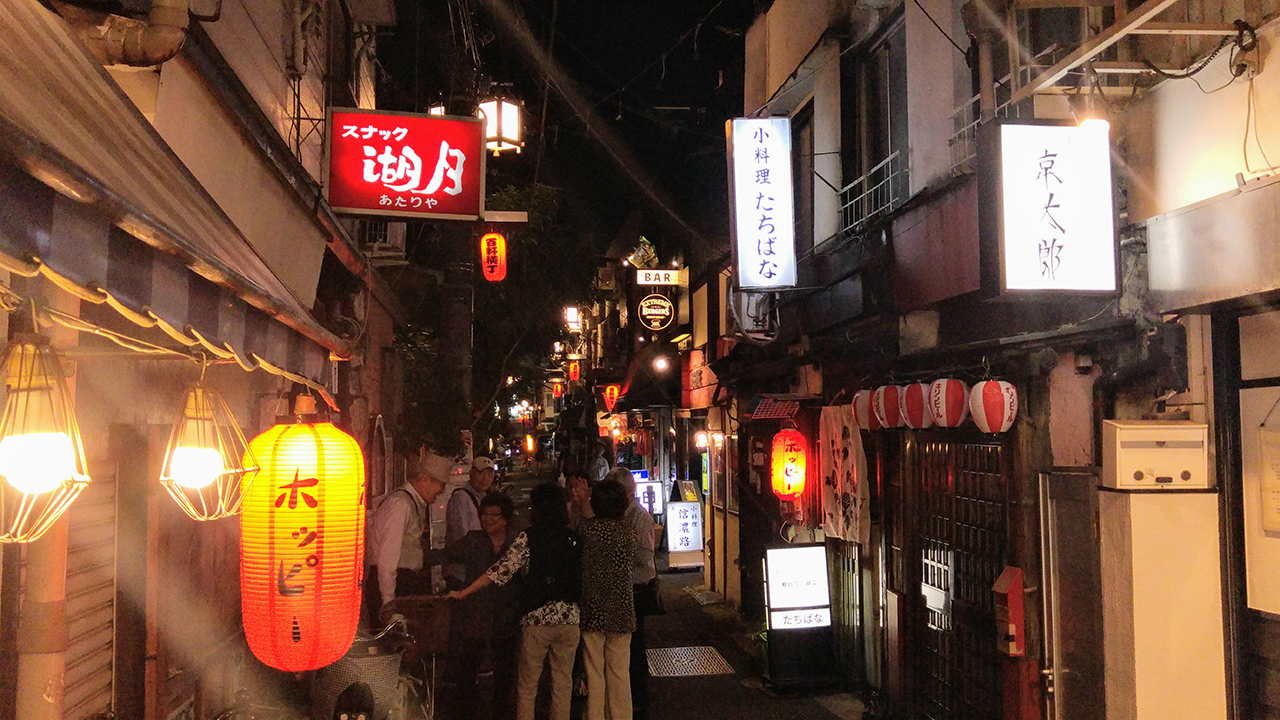