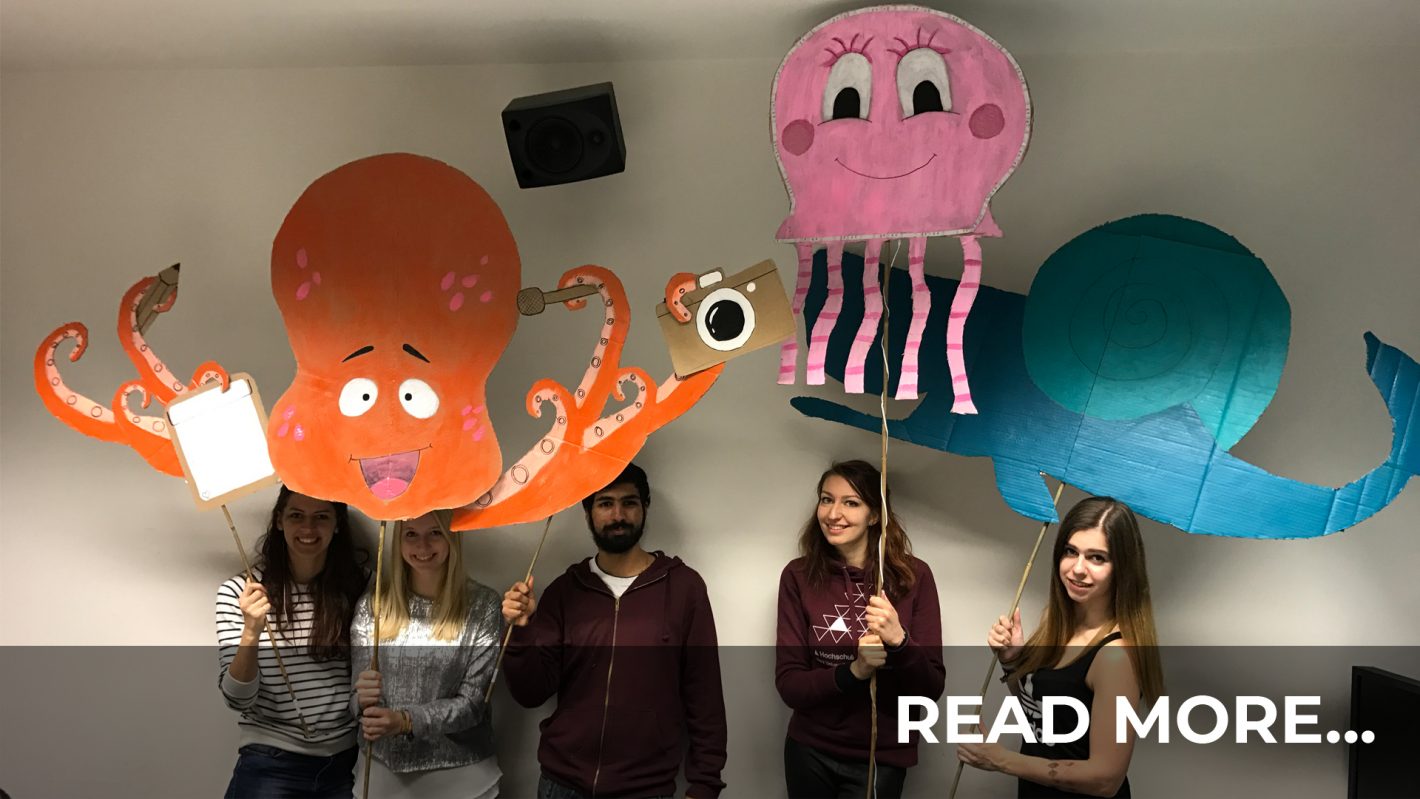 The Minff-Award (Media Informatics flying fish…) is an annual show at the Harz University of Applied Sciences, where students of all semesters can participate and show off their work and creativity in all kind of forms (e. g. a short movie, an animation, a live-performance) to a given theme within five minutes.

For the Minff 2016 I grouped up with five other fellow students and friends to work on a live-performance, in which we told a story about some befriended sea animals going on a treasure hunt, made with cardboard figures, voice acting, 2D animated backgrounds and sound effects. 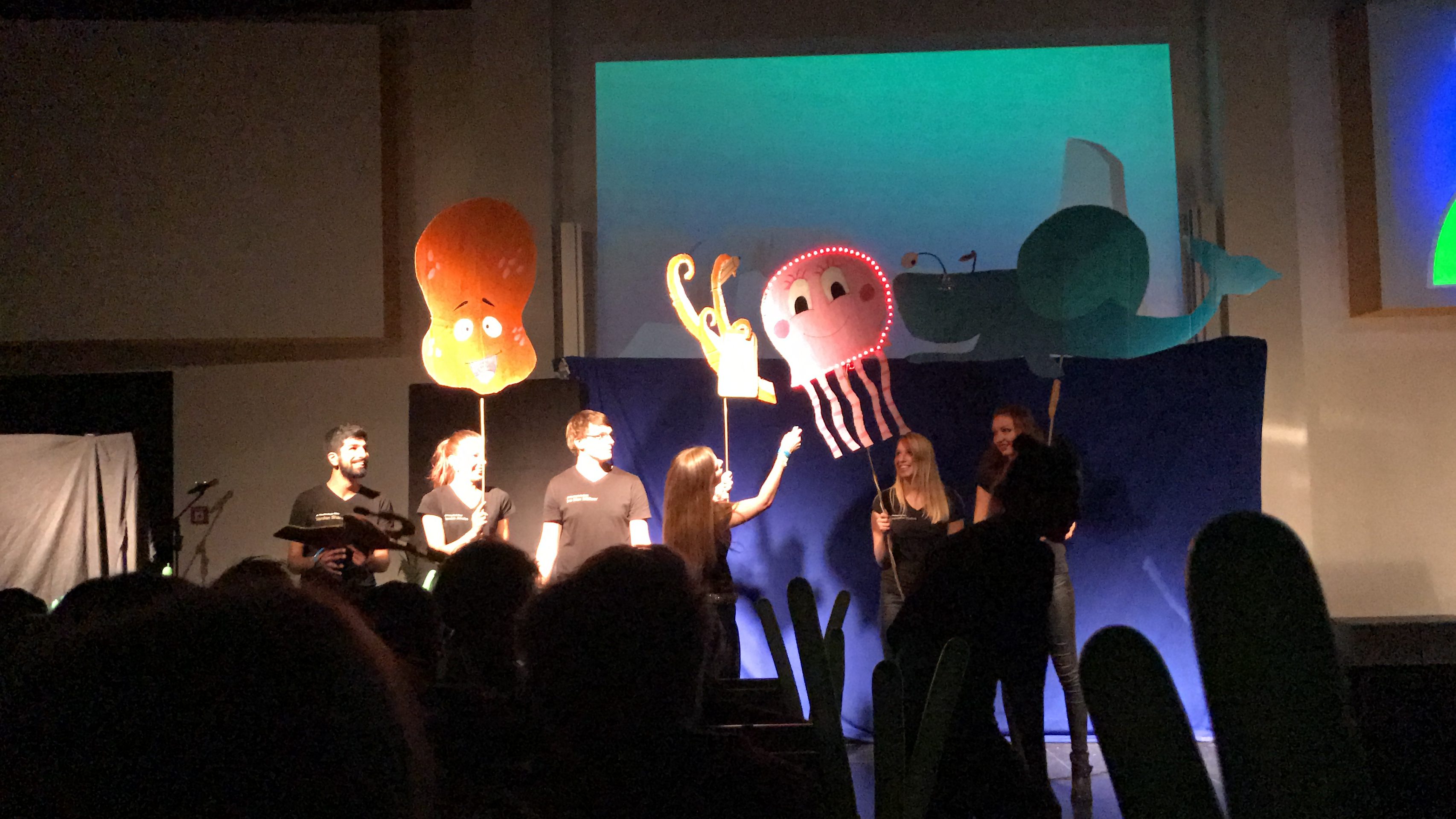 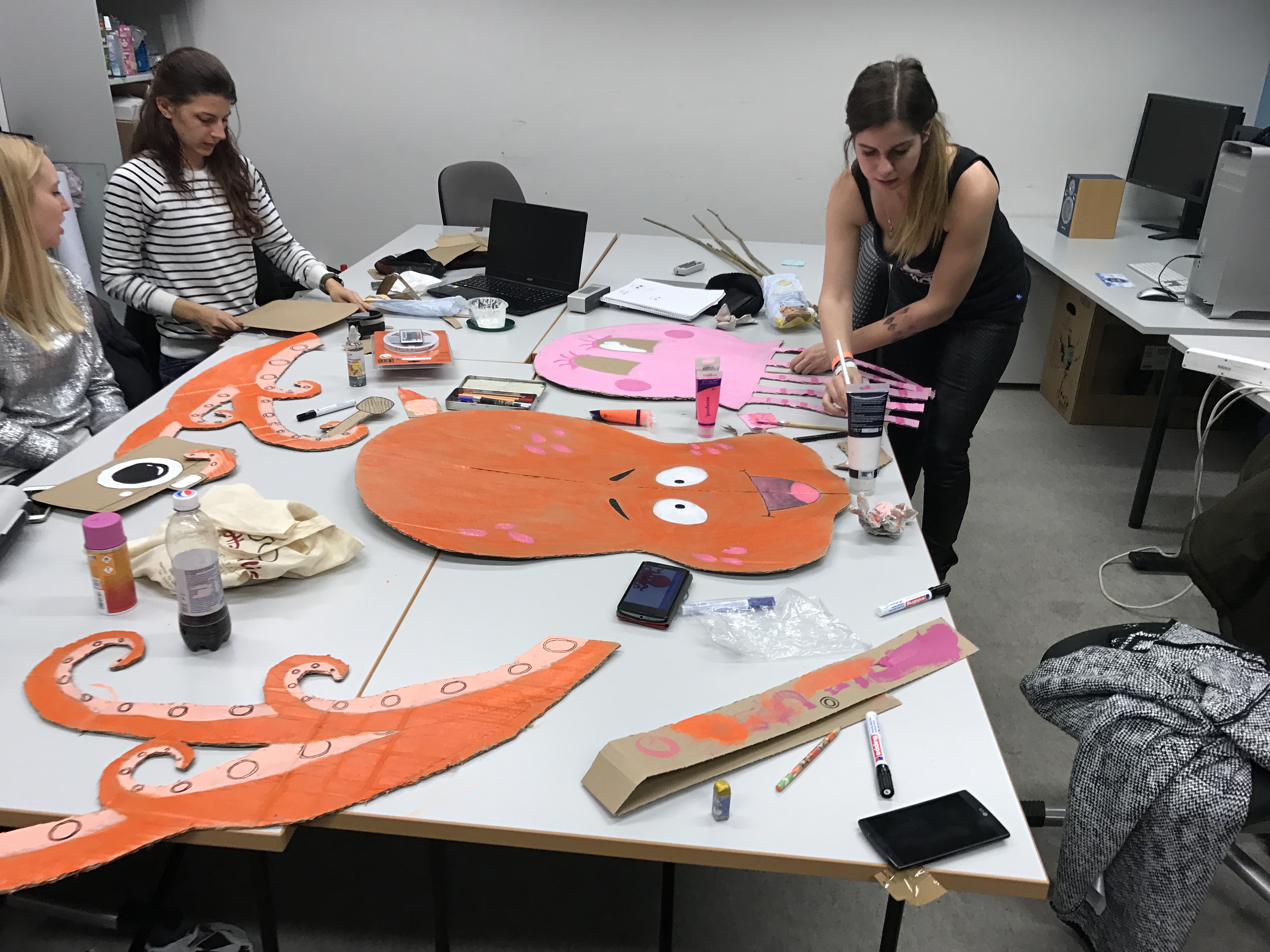 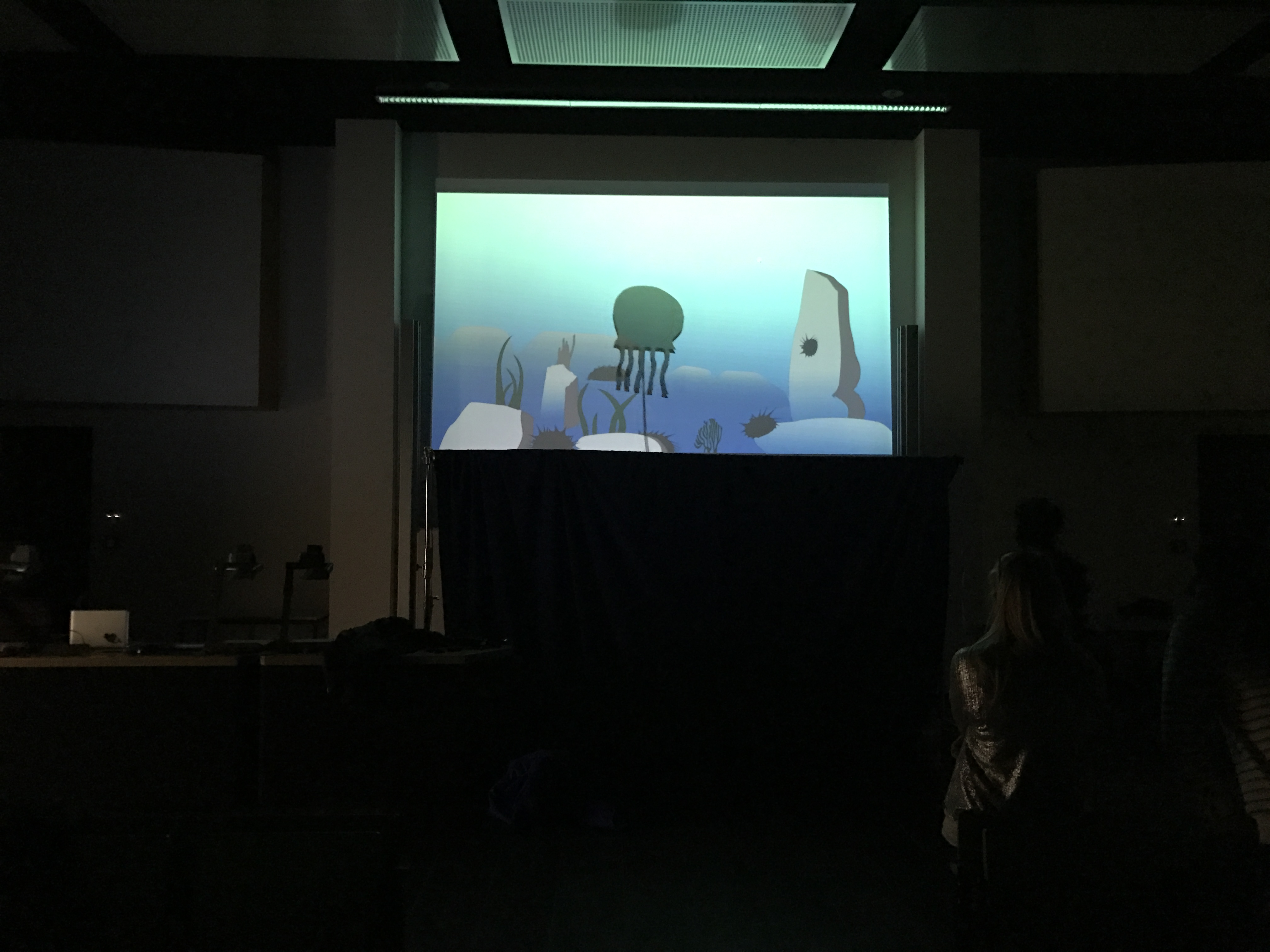